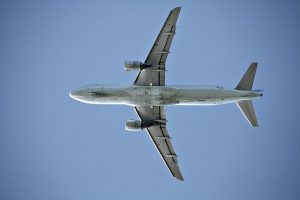 If you stall, recover, and try to avoid a secondary stall

March 1997, I think it was. Newspapers were full of headlines screaming about the collapse of Non Banking Finance companies(NBFCs). People lost their life savings. There was erosion of confidence in the financial services sector in India. It was a crisis of enormous proportions. What we now know as the CRB Scam.

It spelled trouble for us – we realized that this would affect about half the Non Banking Financial Services sector in India and half of our business. We were worried, but not unduly so. Back in early 1997 we were having a decent run; we had expanded; built and released the next generation version of our product that had generated a lot of interest in the marketplace; we had a healthy pipeline. 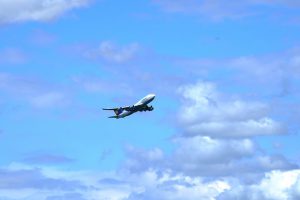 As we were wondering how to respond to the threat, along came the Far-East Asia crisis just four months later in July 1997. That took care of the other half of the Non Banking Financial Service sector and almost all of our business. This was serious trouble.

Most of the companies that we did business with shuttered. Almost none of our customers – major players in the Non Banking Financial Services Sector from that time survive today. We almost joined their ranks. But we survived. Though not by much. A stall if there was one.

Young and relatively inexperienced, we did not respond very well. We nosedived.

What will the next business cycle hold?

We have been through two business cycles – that was the first one.

We diversified. In trying to figure out what to diversify to, we looked around, and what did we see? The Internet. Remember this was 1997, and the internet was the big opportunity on the horizon. This was also around the time when minds bigger than ours were starting to align with the Internet. It was around this time that people like Bill Gates were turning from Internet skeptics to believers. He turned Microsoft around on a dime.

We jumped on the bandwagon and turned our focus to the Tech sector. And then… boom! The dot-com bust.

Just as we were coming out of the first stall the second one hit us. A secondary stall. It was time to get back to basics. As they say when you are in trouble – Aviate, Navigate, Communicate. It was time to ignore everything else and just fly the plane.

It was a shallower dive than the one the first time around. Maybe we had learnt something.  Or maybe we just got lucky the second time around. Probably a bit of both.

We are in our third business cycle, transitioning to the fourth. Hopefully we have learned our lessons, and this will be a transition by design. Not one forced upon us by factors not in our control – weather or thunderstorms. A planned, smooth and coordinated turn and climb!

As I sit back and reflect, I wonder why did we get into trouble? What were our mistakes? How could we have responded differently? Was there anything else we could  have done? Are there things that we can do differently now to avoid getting into similar trouble in future.

Busting Myths That Slow Down Growth Of A Small Business

A tool is only as good as its users

How a lead management tool can help solar companies grow at a faster pace?