Early afternoon at the Colombo airport on Jan 27, 2020… hmmm… where did all these masked people come from. There were a few people wearing masks on Jan 23rd… just 4 days back when I arrived in Colombo. This was not the same… there were noticeably more people with face masks. That is when Coronavirus – COVID, first entered my conscious thought…

I was back in the US in early Feb, 2020… and we started hearing rumblings of COVID spreading… we watched, initially with fascination and then with some trepidation as we started seeing maps of the spread of COVID through China and then the rest of the world through February. However, it seemed distant. Covid was still there… not here. It was not our problem. Yet.

Then came the flight to LA on March 12th, 2020. Newark airport felt strange. There were people around… but it seemed kind of empty, the flight was half full. Each ‘thing’… Colombo – increasing news coverage of the fast-spreading virus – a half empty Newark airport… was nothing out of the ordinary, but together these observations were starting to stack up.

The people I meet in LA were cautious. Some offices had cut down on attendance. LA was one of the places with initial outbreak of COVID. What set the alarm bells ringing for me was the flight back just 24 hours later. There were only two people on the flight!

That started the conversation with my colleagues. We anticipated that some sort of short-term closure of offices was on cards. We might have to “work from home”. That did not faze us. We were used to it. We have offices in India and US. We travel all the time. We work when we are on the road. On any given day about a quarter of us are ‘virtual’. All our servers, data, infrastructure, even the phone system were in the cloud. So, we felt we were prepared to go virtual. Heck… we were there already. No big deal.

The big question was how long did we think this would last. Opinions ranged from not at all to a couple of weeks. I thought a week or two at the most. My niece, a medical student studying Public Health at that time, never fails to remind me of a discussion I had with her on this matter thought that everything would shut down for about two months. I dismissed her opinion with a ‘no way can they shut it all down for that long’!

In my defense, I was not alone. Heads much bigger than mine were thinking about the shutdown lasting a couple of months at the most. Here are some thoughts from back in March 2020. Bill Gates at two months. Dr. Fauci at ‘nearly two months’. To be fair, he did add ‘…or more…’.  Though some got it right… even if there were caveats. You get the idea.

How innocent we all were!

Any way… we took it all in our stride at BISIL-Sigmify. We took stock. We went home. We went on working. Like I said, we were all virtual in some way anyway. We were used to Web meetings. We had been having daily web meetings for over a decade. We could do this. No big deal. Did I already say that? 😊

As two months rolled into the third and then the fourth, with no end in sight we realized that that this was here to stay, and not just for the foreseeable future. Businesses all over the world were shutting down. This would possibly change the way we will work in future.

We missed meeting each other in person. We missed getting together for our morning and afternoon breaks… just shooting the breeze. Conversations during a break or a meeting or a chance encounter often led to a new idea or a weekend plan or a quick joke or a shared memory or an anecdote. We missed all that. The pandemic went on and we did not return to the office. Soon we found that our team ‘dispersed’. Some went to towns of their choice… somewhere they had been wanting to live for some time, or ‘home’ to be with parents or significant others. We were spread out. All over.

What should we do?

If there is no need for us to be together in one place, then should we recruit differently? Does that expand our possibilities of looking for talent? How wide can we cast our net?

What could motivate a team member to be ‘on the team’? How build that culture? How to motivate teams?

I have been reading a lot on all this. A lot has been written, and more is being written. We are now a year and half into this. I thought I will add my two cents as well. 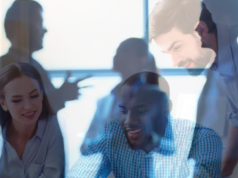 How can Remote teams work effectively… What do we need to do our work? 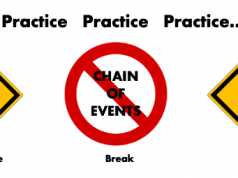 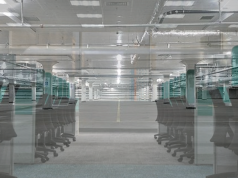 How can Remote teams work effectively? Going virtual for the long term…