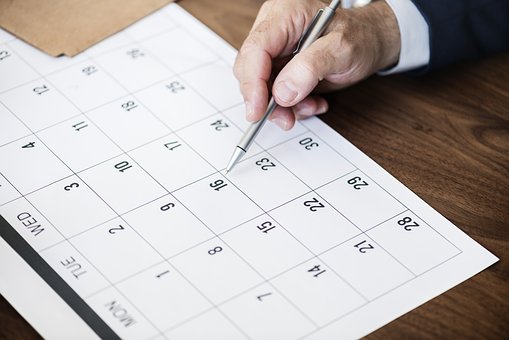 Mr. Tom, ‘Head – Sales, Sunshine Solar’ and Mr. Wise, ‘VP – Sales & Marketing, ‘Broad Daylight’ worked for competing solar EPC (Engineering Procurement and Construction) companies. The business was growing. Their companies were spending a good amount on sales and marketing activities. They both had their booth in the Solar Energy summit last year.  Along with their teams, they exhibited their products, distributed product catalogs and received a lot of inquiries. Both collected lots of visiting cards from potential customers.

The First  Step to Success 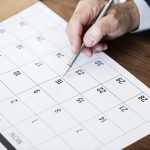 Mr. Tom instructed his sales coordinator to enter visiting card details in a spreadsheet. She entered the information of all prospects in a single spreadsheet. Mr. Tom divided the leads in three different tabs under the name of one sales exec, in his three sales person team. The first sheet was the master sheet. He emailed their own list to each sales exec.

Mr. Wise subscribed to Sigmify. He distributed the visiting cards among the three sales executives in his team. Each sale exec entered his own data in Sigmify Contacts – Lead Management solution. Mr. Wise could view the entire list of prospects in Sigmify while each sales exec had access to only the leads he entered.

Mr. Tom’s sale execs started calling their prospects and fixing  appointments for sales meetings. They started to update the status in their spreadsheet and save the previous versions of the spreadsheet to track the history of how the prospects were moving in the sales pipeline. After the sales meeting they had to spend the extra time in updating their sheets after coming back to office. Whenever next meetings were fixed, they informed the sales coordinator to remind them beforehand so that they did not drop any of the leads.

Mr. Wise’s sales execs started calling their own prospects and fixing up appointments for sales meetings. They entered the appointments in Sigmify Contacts. As the meeting took place and status changed, they updated the status and conversation. They found Sigmify mobile app extremely helpful in accessing the prospect data on the go and updating it immediately after the meeting while the conversation was still fresh in their minds. As each meeting date was entered in Sigmify it automatically made it to their calendar. They got a view of all their future appointments at a glance. They got a Daily Digest from Sigmify every morning of the day’s meetings, so they knew who to call and when.

Mr. Tom’s team had to email their updated spreadsheet to Mr. Tom every week. Mr. Tom’s sales coordinator copy/pasted the data from each sales exec in her Master sheet to allow Mr. Tom a unified view. Since each sales exec’s sheet had multiple versions she struggled while finding the sheet with the latest updates. If during the week Mr. Tom wanted to know the latest status on any one or more prospects he had to call the sales exec and discuss the particular cases. Sales exec had to refer to all the previous sheets to get the historical movement of the status and what was communicated with the prospects.

Mr. Wise had  access to all prospects in Sigmify. Every week he pulled weekly sales report. If he needed information on any particular prospect, he could simply search the prospect name and get the latest status along with the history of communication made. When Mr. Wise found that one sales exec was struggling at the negotiations stage, he added his comment on the thread to show the value proposition for the prospect that helped in closing the deal. In another case the person sales exec was trying to connect was unresponsive. Mr. Wise knew the top boss in that company. He made a quick call requesting  the meeting , which removed the bottleneck.

When a sale exec in Mr. Tom’s team, quit his job mid-term Mr. Tom had to distribute the leads among the remaining sales exec. He had to email the spreadsheet to them and discuss each case individually to share his knowledge. In a similar situation Mr. Wise simply shared the leads with the new sales exec he hired. The entire case history was available to the new sales exec. A 15-20 minute reading of the history brought the new sales exec up to speed on each lead.

Week after week Mr. Tom’s secretary had to request the sales execs to share their updates on time. On a particular Monday before the quarterly review one sales exec fell sick and his report did not reach in time. 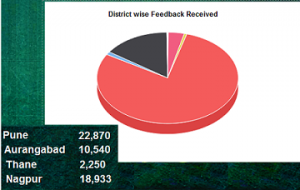 Mr. Tom had to face the quarterly review with incomplete information. He and the sales coordinator had to spend quite a few long evenings trying to collate the data, getting analytics on top selling products, best selling regions and top performing sales persons. Source wise leads acquisition was not available as it was an afterthought and the column did not exist in the spreadsheet.

Mr. Wise was pretty confident about his analytics. He did not depend on anybody for the reports. He pulled various analytical reports out of Sigmify to find top selling products, best selling regions, top performing sales persons and best source to get leads. It was all available at a click of a button. When his boss made an out of the turn request to provide information on the feedback customers had given, Mr. Wise did some quick thinking. Though this data was not available in the existing analytical reports, he and his team ‘hash tagged’ the leads who had shared the feedback. By spending minimum amount of time Mr. Wise able to show a graphical report in the quarterly review session where the management could decide to add a few features to their products to increase customer satisfaction.

Mr. Tom and his team spent a lot of time in maintaining and analyzing the data in spreadsheets which was error-prone, he needed an extra pair of hands for supporting the operations. His team was not able to focus their time completely on the sales job. Mr. Wise’s small investment yielded them great results in the form of focus on important tasks rather than urgent tasks, ready analytics, cost-saving, collaboration and a productive team.

End The Sales & Marketing War. With The Power Of Collaboration