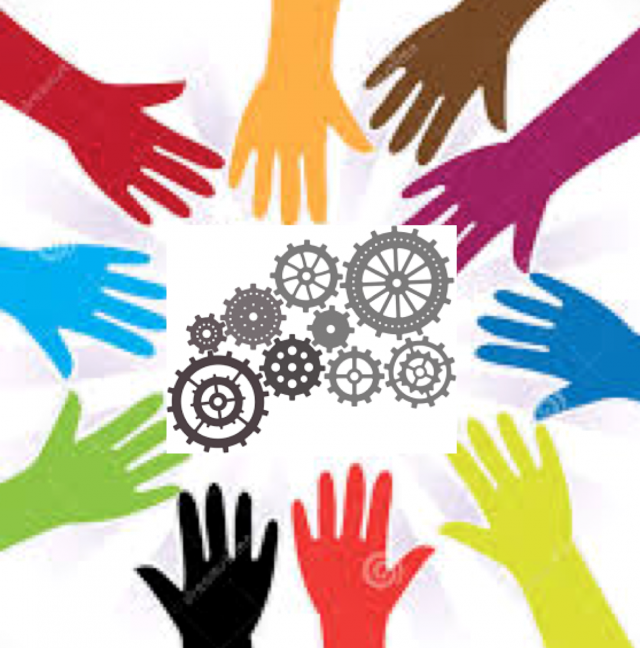 It was all very quiet at BISIL. Everything was humming along nicely. No alarms blaring or alerts to be seen. On the surface it seemed like everything was as it should be. Servers were up. Response times were good. Data was being replicated. No significant user concerns were being logged.

It was one of those ‘something that is supposed to happen, but is not happening’ kind of disruptions. One that would test how good our teamwork was.

We recently had an ‘event’ when a part of the service that we provide was degraded. We put a workaround in place soon enough but we could have recovered to full operational status much quicker if we had been fluent in doing what we needed to do. If we had been practicing enough. After all…

We knew what to do. How to do it. Who had to do what. We had our plans A, B and C. We still stumbled our way through it.

What happened? Why did we not do things fluently? Or come together like a well oiled machine. We were just rusty. We had not practiced enough. Our teamwork sucked.

That reminded me of a story that my friend and colleague – Sanjeev forwarded to me when he read my earlier blog on ‘get-there-itis’. This story is as compelling as it is fascinating. Among other things it really underscores the importance of practice and teamwork.

Sometimes it is best to shut up and listen… or read, as here. So, I present… but wait, before I take you to the story, take a peek at what a zero/zero landing looks like from inside the cockpit.

It happened sometime in 1965, in Germany. I was a copilot, so I knew, everything there was to know about flying, and I was frustrated by pilots like my aircraft commander. He was one of those by-the-numbers types, no class, no imagination, no “feel” for flying.

You have to be able to feel an airplane. So what if your altitude is a little off, or if the glideslope indicator is off a hair? If it feels okay then it is okay. That’s what I believed. Every time he let me make an approach, even in VFR conditions, he demanded perfection.

Not the slightest deviation was permitted. “If you can’t do it when there is no pressure, you surely can’t do it when the pucker factor increases,” he would say. When he shot an approach, it was as if all the instruments were frozen – perfection, but no class.

Then came that routine flight from the Azores to Germany. The weather was okay; we had 45,000 pounds of fuel and enough cargo to bring the weight of our C-124 Globemaster up to 180,000 pounds, 5,000 pounds below the max allowable. It would be an easy, routine flight all the way. Halfway to the European mainland, the weather started getting bad. I kept getting updates by high frequency radio. Our destination, a fighter base, went zero/zero. Our two alternates followed shortly thereafter. All of France was down. We held for two hours, and the weather got worse. Somewhere I heard a fighter pilot declare an emergency because of minimum fuel. He shot two approaches and saw nothing. On the third try, he flamed out and had to eject.

We made a precision radar approach; there was nothing but fuzzy fog at minimums. The sun was setting. Now I started to sweat a little. I turned on the instrument lights. When I looked out to where the wings should be, I couldn’t even see the navigation lights 85 feet from my eyes. I could barely make out a dull glow from the exhaust stacks of the closest engine, and then only on climb power. When we reduced power to maximum endurance, that friendly glow faded. The pilot asked the engineer where we stood on fuel. The reply was, “I don’t know— we’re so low that the book says the gauges are unreliable below this point. The navigator became a little frantic. We didn’t carry parachutes on regular MAC flights, so we couldn’t follow the fighter pilot’s example. We would land or crash with the airplane.

The pilot then asked me which of the two nearby fighter bases had the widest runway. I looked it up and we declared an emergency as we headed for that field. The pilot then began his briefing.

“This will be for real. No missed approach. We’ll make an ILS and get precision radar to keep us honest. Copilot, we’ll use half flaps. That’ll put the approach speed a little higher, but the pitch angle will be almost level, requiring less attitude change in the flare.”

Why hadn’t I thought of that? Where was my “feel” and “class” now? The briefing continued, “I’ll lock on the gauges. You get ready to take over and complete the landing if you see the runway – that way there will be less room for trouble with me trying to transition from instruments to visual with only a second or two before touchdown.” Hey, he’s even going to take advantage of his copilot, I thought. He’s not so stupid, after all.

“Until we get the runway, you call off every 100 feet above touchdown; until we get down to 100 feet, use the pressure altimeter. Then switch to the radar altimeter for the last 100 feet, and call off every 25 feet. Keep me honest on the airspeed, also. Engineer, when we touch down, I’ll cut the mixtures with the master control lever, and you cut all of the mags. Are there any questions? Let’s go!” All of a sudden, this unfeeling, by the numbers robot was making a lot of sense. Maybe he really was a pilot and maybe I had something more to learn about flying.

We made a short procedure turn to save gas. Radar helped us to get to the outer marker. Half a mile away, we performed the Before Landing Checklist; gear down, flaps 20 degrees. The course deviation indicator was locked in the middle, with the glideslope indicator beginning its trip down from the top of the case. When the GSI centered, the pilot called for a small power reduction, lowered the nose slightly, and all of the instruments, except the altimeter, froze. My Lord, that man had a feel for that airplane! He thought something, and the airplane, all 135,000 pounds of it, did what he thought.
“Five hundred feet,” I called out, “400 feet……..300 feet…….200 feet, MATS minimums…….100 feet, Air Force minimums; I’m switching to the radar altimeter ……..75 feet nothing in sight……50 feet, still nothing….25 feet, airspeed 100 knots,”

The nose of the aircraft rotated just a couple of degrees, and the airspeed started down. The pilot then casually said, “Hang on, we’re landing.”

The pilot reached up and cut the mixtures with the master control lever, without taking his eyes off the instruments. He told the engineer to cut all the mags to reduce the chance of fire. CONTACT! I could barely feel it. As smooth a landing as I have ever known, and I couldn’t even tell if we were on the runway, because we could only see the occasional blur of a light streaking by.
“Copilot, verify hydraulic boost is on, I’ll need it for brakes and steering.” I complied.
“Hydraulic boost pump is on, pressure is up.” The brakes came on slowly—we didn’t want to skid this big beast now. I looked over at the pilot. He was still on the instruments, steering to keep the course deviation indicator in the center, and that is exactly where it stayed.

“Airspeed, 25 knots.” We’ll make it if we don’t run off a cliff. Then I heard a strange sound. I could hear the whir of the gyros, the buzz of the inverters, and a low frequency thumping. Nothing else. The thumping was my pulse, and I couldn’t hear anyone breathing. We had made it! We were standing still!

The aircraft commander was still all pilot. “After-landing checklist, get all those motors, radar and un-necessary radios off while we still have batteries. Copilot, tell them that we have arrived, to send a follow me truck out to the runway because we can’t even see the edges.”

I left the VHF on and thanked GCA (Ground Control Approach) for the approach. The guys in the tower didn’t believe we were there. They had walked outside and couldn’t hear or see anything. We assured them that we were there, somewhere on the localizer centerline, with about half a mile showing on the DME.

We waited about 20 minutes for the truck. Not being in our customary hurry, just getting our breath back and letting our pulses diminish to a reasonable rate. Then I felt it. The cockpit shuddered as if the nose gear had run over a bump. I told the loadmaster to go out the crew entrance to see what happened. He dropped the door (which is immediately in front of the nose gear) , and it hit something with a loud , metallic bang. He came on the interphone and said “Sir, you’ll never believe this. The follow-me truck couldn’t see us and ran smack into our nose tire with his bumper, but he bounced off, and nothing is hurt.” The pilot then told the tower that we were parking the bird right where it was and that we would come in via the truck. It took a few minutes to get our clothing and to button up the airplane. I climbed out and saw the nose tires straddling the runway centerline. A few feet away was the truck with its embarrassed driver.

Total damage—one dent in the hood of the follow me truck where the hatch had opened onto it.

Then I remembered the story from Fate Is the Hunter. When Gann was an airline copilot making a simple night range approach, his captain kept lighting matches in front of his eyes. It scarred and infuriated Gann. When they landed, the captain said that Gann was ready to upgrade to captain. If he could handle a night-range approach with all of that harassment, then he could handle anything.

At last I understood what true professionalism is. Being a pilot isn’t all seat-of-the-pants flying and glory.

If you can’t keep the gauges where you want them with everything free and easy, how can you keep them there when everything goes wrong?

With the help of that twenty-twenty gift of hindsight that we all have, it was very obvious that just having backup plans was not enough. We should have practiced for these eventualities. Something we have started doing now.

*I was so impressed by this story that I included it in its entirety in my blog. I looked around for a way to contact Charles Svoboda. The best ‘first reference’ I found to this story was this – “The article was in Flying’s November 1976 issue, and the article was called Zero/Zero, by Charles D. Svoboda. Unforgettable. It was #438 in the series “I Learned About Flying From That”

Where is Business Computing headed? 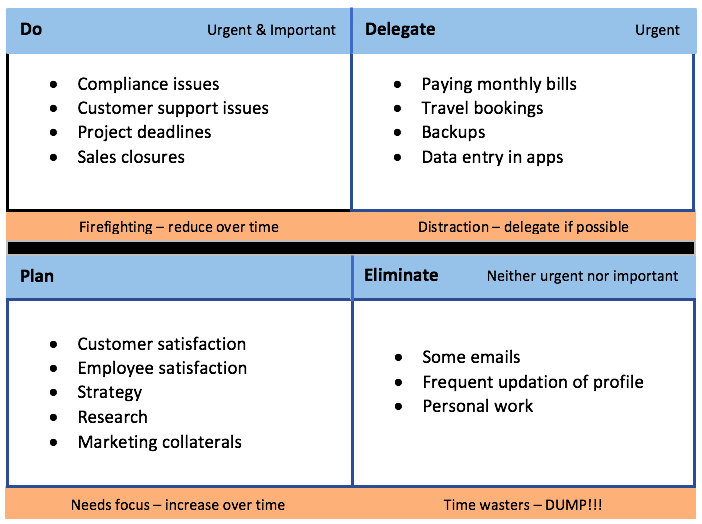 Sigmify SPOTLight sheds light on how you should prioritize your work