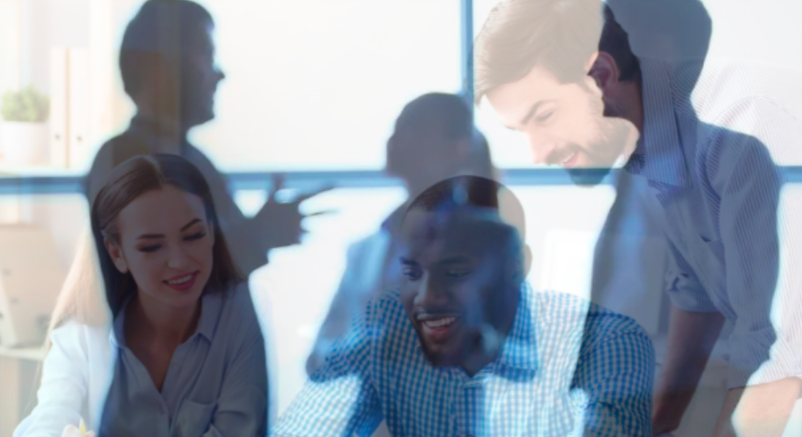 The World had shut down. We had gone home. And we were doing fine. For now. We were used to working remote. We started having discussions on what kind of an office we would need in the future We had extensive discussions, and figured out that we needed an office largely for stuff “Other than Work”.

But what about “work”?

What processes and infrastructure would we need to put in place to enable our teams to not only carry on working seamlessly, collaborate effectively, but also make it possible to bring new resources on board a team, make transitioning easy.

When did virtual teams become popular?

Especially those virtual teams where the team members are not in the same physical space. It’s not something new. There has been a lot written and researched about ‘virtual teams’ for a long time… here are a few examples from the nineties and early aughts – 2000s. Davidow and Malone released the book on “The Virtual Corporation” in 1992. Almost before Internet!! But it was the advent of Internet enabled virtual teams. It became much easier for an organization of any size to have virtual teams. One did not require any specialized equipment or facilities or make heavy investment to have virtual teams. As a result, “Virtual teams” has been a term of ongoing interest in the age of internet – since the early 2000s according to Google trends. Michael Watkins identified Ten principles to make Virtual teams work in his 2013 article in Harvard Business Review.

So, what did we learn about virtual  teams? 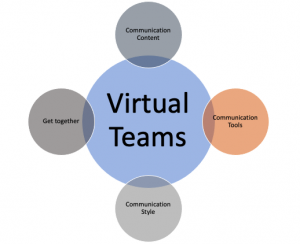 None of the other nine principles require the teams to be physically together.

The other principles can be divided into 3 broad categories – all related to communication. Communication content – Clarify tasks, processes, goals and roles; have a shared language.

Communication Tools – Use good communication technologies; have a virtual water cooler; have a way of clarifying and tracking commitments.

Communication style – Have a charter, establish a rhythm for the team; promote shared leadership; remember 1-on-1s. That effective communication is at the heart of making remote (virtual) teams work effectively is borne out by others as well. A study published by buffer.com in 2019 found that 17% of the respondents’ regard communication as their biggest challenge. Erica Dhawan, Tomas Chamorro-Premuzic agree with Watkins. They elaborate further in their 2018 article titled “How to Collaborate Effectively If Your Team Is Remote”. They clarify why “remote teams demand new collaboration skills? What’s missing from our texts, emails, conference calls and other digital communications? Body language.” And that can cause misinterpretations. “These misinterpretations create an anxiety that can become costly, affecting morale, engagement, productivity and innovation.” On the need for a shared language, they say “don’t assume that others understand your cues and shorthand”. One of the ways is to “consider creating team acronyms for digital communications like ‘Four Hour Response (4HR)’ and ‘No Need to Respond (NNTR)’ that bring predictability and certainty to virtual conversations.” On establishing a rhythm one of their recommendations is to not “bombard your team with messages – it’s ineffective, and annoying”. These are extremely useful tips and guidance. What does it mean for us? How do we use it to our advantage for our teams?

What did we take away from all this?

We discussed all this extensively and arrived at the conclusion that we needed to invest in two things. Technologies and Training. We needed to adopt the tools that we use or get or build new ones. And we needed to adopt and change the way we worked – we had to retrain ourselves. So, this showed us the way. It became the basis for our plan to adopt to our situation. We had come to a fork in the road, and we took it :). Thank you, Yogi Berra.

Our plan of action

Get together from time to time… and when we do, we have those 1 on 1s which we have when we are remote as well Clarify tasks, processes, goals, and roles; have a shared language. Communication Tools – Use good communication technologies; have a virtual water cooler; have a way of clarifying and tracking commitments. Communication style – Have a charter, establish a rhythm for the team; promote shared leadership; remember 1-on-1s.

Benefits of collaboration around existing processes – I

Does your task management contribute to long term strategy?