As I to tap out  this blog on the benefits of practice, I am reminded of ‘Heat’ by Ernest Gann in his classic – ‘Fate is the Hunter’. He recounts the time when he almost destroyed the Taj on taking off from the Agra airport on a hot day.

While most airports in the world are surrounded by industrial junk, Agra is fantastically endowed. There is a border of dark green trees along the northern side, and just beyond the trees there is the Jumna River, which eventually joins the Ganges. Almost on the shore of this river, otherwise alone in its incredible and mysterious beauty, stands a monument to love – the Taj Mahal. Its dome and delicate minarets are just visible beyond the trees, for the runway points at them straight as a cannon. Any aeroplane taking off in this direction therefore becomes a projectile, which is ordinarily of no consequence. It is easy to manoeuvre away from an object so small as the Taj Mahal.

I mentioned in an earlier blog how I was prompted by a near disaster to look deeper into the topic of Practice and Perfection. I know that we will face situations where things will go out of control. Everyone does… even the smart ones. How we handle such situations will be defined by how well practiced we are.

And how practice; the habit of constantly testing, of checking and rechecking, evaluating potential consequences can reduce the chances of failure. All this research into practice and preventing disasters led me to finding out about three lesser-publicized benefits of practice: Gaining a deep understanding of interrelationships between key parameters that affect performance; Recognizing incipient failure; and Failing predictably making recovery easier.

We have completed the pre-take-off check of the C-87 and are agreeably surprised to find all in order. It is unbearably hot, the true torch-heat of India, and I have duly considered it because no aeroplane wing exerts the proper amount of lift in hot air. The very factor of flight will diminish in direct relation to the increase in temperature. Agra is one of the hottest places in the world.

Ahead the runway wriggles in the heat waves and appears foreshortened. Buzzards wheel against the blank and garish yellow sky and the only relief to our eyes is the black line of trees marking the northern limit of the field. I will bear those trees in mind… Just over their tops there will be a layer of cooler air, which will be descending like an invisible waterfall. I will gain as much altitude as possible before reaching the trees, knowing some of it will be lost in passing.

Practice not only tells us what to do when, it also helps us build a ‘sight picture’, of how things should look when they are normal. As a result we instantly recognize impending trouble before we are overcome by it. In times that a situation starts to creep towards failure, our familiarity with the sight picture helps us recognize that something is out of the ordinary and we start looking for ways to correct it before it is too late.

I release the brakes and goad the C-87 down the runway at full throttle. It is a ponderous, dream-like business at first, but this is always so… Such thoughts are fleeting because I already sense something is wrong. We are halfway down the runway and have only achieved sixty miles an hour. I glance quickly all around—the instruments, the engines, and the remainder of the runway. Appreciation through habit is nearly instantaneous, but understanding is not. What the hell is wrong now? Even this C-87 has never behaved in such a leisurely fashion.

Recognizing incipient failure helps us realize that something out of the ordinary is happening and helps us look for options to break the chain of events.

Eighty miles an hour. We need one hundred and twenty and I should prefer one hundred and thirty. The trees dance towards us, wavering in the sun. Ninety. The choice is gone, other than a certain plunging through the trees. One hundred. I haul back tentatively on the elevator controls seeking response. Very mushy. A glance at the engine-head temperatures and a quick resolve not to look again. With their task less than half done the engines are already far beyond their allowable heat… One hundred and ten at last. I can raise the nose wheel a little, but not yet enough. We just cannot clear those trees. But we must try… I haul back on the controls. The C-87 leaves the ground, sinks back, bounces on one wheel, then staggers aloft in a mushing half stall.

The trees are no longer there, but here.

We clear them. I can count the leaves. A flock of buzzards explodes before us. We sink back towards the trees and are going to hit.

The trees are a thin fringe along the river. Our tail is just past them as we sink below their tops. We are for an instant in the clear, over the river. Full power. Air speed one hundred and thirty and still sinking.

Now, a new obstruction, dead ahead. The Taj Mahal. They are making repairs. Much of it is covered with scaffolding and I can see the workmen moving about. I can see the folds in their turbans. I can see their mouths open as we approach. I cannot see any beauty.

The quickest and surest way to finalize a semi-stall in an airplane is to turn it. Pressure on the rudder, a trifling bank of the wings, subtract those few critical miles of speed which keep it flying. But I must turn or they will have much more repair work to do on the Taj Mahal.

What are our options? This is when all the time spent in practicing procedures and building familiarity with ‘the system’ pays off. We know the dynamics of relationships between key factors that affect the performance of the system. Constant practice has hard-wired these dynamics to the extent that they have become muscle memory for our team.

There is one crazy hope. It is not written in any book of aerodynamics. Park told me about it long ago. But I have never tried it, nor has anyone else on C-87.

He slams down the lever. The C-87 collides with a soft invisible wall. The air speed falls off and everything shudders. But we balloon upward a hundred feet almost instantly—enough to barely clear the spike of the first minaret.

“Now ease them up, slowly!”

Franko complies and we sink again. But speed is returning. And I think we can clear the next minaret without turning. It flashes past. I see a group of workmen cringe against the scaffolding. The Taj Mahal is gone. We swoop down beyond it and with agonized slowness begin picking up enough speed for a halting climb.

It had all taken less than twenty seconds. In that space of time I had grown much older. Say, in wear and tear, some several years.

The chain of events

As he goes on to narrate, the chain of events in this case started with refueling. The person who refueled them gave them more fuel than they had asked for. This additional fuel made them heavier than they had planned to be. And, it was a very hot day, so lift was going to be a problem. This is was the first event in this chain.

Nobody from the flight crew verified the amount of fuel in the tanks. This is part of the pre-flight checklist. This was the second event.

Ernest Gann’s decision to continue rolling to take off was the third event in this chain… but then he broke that chain by doing the right thing in the nick of time. His training kicked in. His familiarity with how the airplane would behave on introduction and retraction of flaps got them out of trouble. A lesser-trained pilot may have gone into a low altitude stall spin with irrecoverable consequences.

And finally the most surprising benefit of practice is that a trained person makes mistakes in predictable ways. That is crucial. We can train to recognize the symptoms and control the situation before damage is done (Key Dismukes (NASA) – “The Limits of Expertise: Rethinking Pilot Error and the Causes of Airline Accidents”).

What do we do differently now

We already have training programs; disaster recovery plans… so how did this insight change our thinking at work?

We now consciously think of and enumerate signals. Signals that will help us recognize an incipient problem – which led me to my ‘discovery’ of the technique of ‘pre-mortems’ or ‘scenario planning’. I will write more on that in another blog. 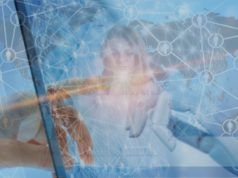 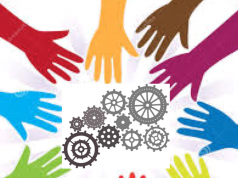 Till you can fly blind… Practice, Perfection and Teamwork

Is the time right to start this journey? Get-there-itis? Should we stay… or should we go?